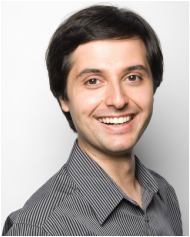 PRESIDENT
Torkom Movsesiyan is representative of what is today a rare breed: he is a Renaissance man-a cultural ambassador of the arts, dancer, scholar, polyglot, actor, singer, model, entrepreneur, the president of a not-for-profit organization, TORKOMADA, and the founder of Raqs without Borders: a Middle Eastern and North African dance festival in NYC. In 2020, The National Endowment for the Arts awarded Torkom's folk dance festival project, Raqs Without Borders' Fifth Anniversary, a media art grant. From 2016-2019, The Lower Manhattan Cultural Council, funded in part by the NYC Department of Cultural Affairs, and New York State Council on the Arts awarded TORKOMADA the prestigious Creative Engagement grant to host an annual Middle Eastern dance festival to strengthen and empower the Middle Eastern dance community, as well as to foster a mutual understanding between the Middle East and the West. In 2018, Brooklyn Arts Council awarded Torkom the Brooklyn Art Fund grant to create a Middle Eastern dance project called, "Arabic Nights in Brooklyn," and the Upper Manhattan Empowerment Zone awarded his project, "Raqs Revoltuion" the UMEZ grant. In 2015, Torkom appeared as the guest dancer at the Off-Broadway show-Blood on the Veil. His organization became a recipient of the prestigious CUNY Dance Initiative Residency to create lecture-demonstration series about Raqs Sharqi in cultural diplomacy at the LaGuardia Performing Arts Center, where he taught master Raqs Sharqi classes. Following that, UNESCO's International Dance Council invited him to present a lecture on Raqs Sharqi at the 42nd World Dance Congress on Research in Florida. Torkom studied Raqs Sharqi extensively with Morocco, Tarik Sultan, Raqia Hassan, Tito, Ahmed Hussien, and Amel Tafsout. Torkom currently teaches Raqs Sharqi, a traditional Egyptian dance, more popularly known in the West under the misnomer—“belly dance,” and conducts academic research on the importance of dance in cultural diplomacy, including many scholarly publications on dance. In 2015, The University of Minnesota, Kean University, and IDance Studio invited him to present a lecture on dance. He holds a Master's degree in international relations focusing on dance in cultural diplomacy and an honors Bachelor's degree in international studies from the City College of New York. His work has been featured in the Daily News, Lincoln Center, The United Nations, HBO, Time Out New York, The Indie Flava Magazine, Pregnant with Heels, Law and Order, Everyday with Rachael Ray, the Discovery Channel, Guiding Light, and The Daily Show with Jon Stewart.

VICE PRESIDENT
Joanna Antonelli is a dancer and instructor of Middle Eastern Dance, specializing in Egyptian dance, based in NYC and the tri-state area. Joanna has been dancing for over 30 years. She joined Torkomada's Board of Directors in 2016 as the vice president, and ever since has been assisting the president. Joanna's expertise include Egyptian Shaabi dance and Egyptian cane dance. Joanna has been supporting and performing at Torkomada's dance events since 2016, and her role as the vice president is critical. As an instructor, Joanna has been teaching various styles of Egyptian dance classes, and has organized many dance events about Egyptian culture with established and emerging dance artists, and native Egyptian musicians. Joanna has always been a true supporter and advocate for the Middle Eastern and North African dance community in NYC. 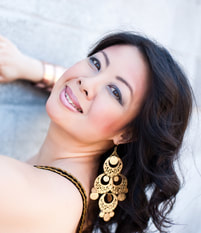 TREASURER
Veronique is the Treasurer of Torkomada, and the Director/Founder of the non-profit, Circle of World Arts in which she also choreographs and performs for its resident dance company, Arabesque Dance Theatre, and teaches at its resident dance school, the Arabesque Dance Academy. She currently performs and collaborates with world music percussionist Tom Teasley and teaches at Ballet Nova, Mosaique Center for Cultural Arts, and The Yellow House, an arts initiative. She is also nominated for president of UNESCO’s International Council of Dance, Washington DC Section. She brings her diverse experience in the arts and business, as well as her proficiency in six languages, to CWA’s mission of fostering
cooperation and understanding among diverse cultures.